This boot-shaped country in Southern Europe is one of the most popular tourist destinations in the world for a variety of reasons, including art treasures, lovely villages, passionate people, and world-class cuisine. It’s a destination where you can see some of the world’s most famous sights, including the leaning Tower of Pisa, the Colosseum, and the Trevi Fountain, to mention a few.

There are opportunities to see well-known Renaissance artworks as well as shop for high-end apparel. Italy has a stunningly diverse range of gorgeous natural scenery to offer, as well as various possibilities to get out in nature. Incredible sceneries and wonderful hiking trails may be found in Cinque Terre, Sardinia, and the Dolomites.

With our list of the finest places to visit in Italy, you can plan your vacation to this lovely Mediterranean tourist destination.

Rome, once the capital of the Roman Empire, is now the seat of the Italian government and the country’s capital. Rome is a huge and complicated metropolis in the country’s central region of Lazio that is both historic and modern at the same time. Rome has been an important hub for culture, power, and religion for over 2,500 years, and is best recognized for hosting historic Roman structures and the Vatican City.

The Colosseum, the Forum of Augustus, Capitoline Hill, and the Roman Forum are all located in the Colosseo area, which is the city’s heart. The Pantheon, as well as spectacular cathedrals, plazas, and Renaissance architecture, can be seen on the outskirts of the city. St. Peter’s Basilica, the Apostolic Palace, and the Sistine Chapel are among well-known landmarks in the Vatican.

Because of its abundance of art and architectural treasures, Florence, the capital of Tuscany, is often referred to as a colossal outdoor museum. Florence is known around the world as the cradle of the Italian Renaissance. It is also recognized with the birth of many artists, inventors, poets, scientists, and explorers, as well as the invention of opera and the florin money, which helped Europe emerge from the Dark Ages. Florence is also recognized as the birthplace of the wealthy and powerful Medici dynasty, which produced multiple monarchs and popes and had a cultural, economic, and political impact on the entire world.

Florence’s treasure trove of art masterpieces may be found throughout the city, in museums, breathtaking churches such as the domed Santa Maria del Fiore, and internationally renowned art galleries such as the Uffizi and Pitti Palace. Beautiful architecture and world-famous sculptures, such as Cellini’s Perseus with the Head of Medusa, Ammannati’s Fountain of Neptune, and Michelangelo’s Statue of David, may be found in the Piazza della Signoria, the city’s principal plaza.

The best approach to explore the key sights in the city center is to walk. The Ponte Vecchio, a gorgeous bridge over the Arno River and home to a variety of jewelry shops, is one of the best places to walk. The marketplaces in Florence are also a fantastic spot to go for a stroll. Tourists may purchase a variety of locally grown delicacies and artisan goods at the San Lorenzo markets, which are among the most popular.

Venice, one of Italy’s most popular tourist sites, is unique in that it is constructed on a lagoon surrounded by the Adriatic Sea. Venice is an archipelago of 118 islands connected by hundreds of gorgeous bridges and scenic canals in northeastern Italy. The Grand Canal is the most famous of the canals, and it divides the city into two portions. Venice is one of the most romantic cities in the world, thanks to its beautiful rivers and old architecture.

Venetian attractions such as Saint Mark’s Square and Basilica, the Doge’s Palace, and the Rialto Bridge are often crowded and pricey, but they are well worth seeing. A gondola ride around the Grand Canal is one of the most popular things to do in Venice. Riding a vaporetti down the peaceful back canals, on the other hand, is just as pleasurable.

Pompeii, one of Italy’s most popular tourist sites, is a famous Roman city that was buried under several feet of volcanic ash for nearly 1,700 years following Mt. Vesuvius’ devastating eruption. Pompeii excavations began in 1748, and the site has yet to be completely uncovered. The site is close to Naples, which is a contemporary metropolis.

A trip to Pompeii provides a fascinating glimpse into everyday life in ancient Rome. Visitors can stroll through the ancient streets and witness the ruins of shops, bars, bakeries, brothels, baths, and private residences, as well as commercial and religious institutions. The Amphitheatre, the Forum, the Temple of Apollo, the Basilica, and the Granary Market, which houses a vast amount of relics and plaster casts of humans and dogs who died in the disaster, are among the most important structures.

The Amalfi Coast is one of Italy’s most popular tourist destinations because of its breathtaking beauty. The Amalfi Coast, which stretches 30 miles down the southern side of the Sorrento Peninsula, is known for its beautiful scenery, which includes glistening bays, rugged cliffs, lemon tree gardens, multicolored houses, and ritzy resorts. Positano is one of the most charming and elegant villages on the Amalfi Coast, with gorgeous pebbled beaches, pastel villas, stunning mountains, waterfalls, and a 13th century Black Madonna among its many attractions.

Amalfi, for example, is one of the larger towns with magnificent plazas packed with restaurants and souvenir shops. The village of Ravello, perched on a hill above Amalfi, is known for its gorgeous houses with gardens and art works, as well as its bustling art and music festival. Furore is known as the Painted Town because of its many mural-painted houses and an enchanting bay.

Five charming fishing villages, all bathed in blue, yellow, and pink, embrace the cliff faces that lead down to the sea. The Cinque Terre National Park, which includes these villages and the surrounding verdant hills, is one of Italy’s most famous tourist destinations. The villages of Cinque Terre are located in Liguria, Italy’s northwest coastal area, and boast some of the country’s most magnificent landscapes, including wine terraces stretching back hundreds of years.

Cinque Terre, which translates to “Five Lands,” is made up of the five villages of Riomaggiore, Manarola, Vernazza, Monterosso, and Corniglia. Riomaggiore has a historic castle and Via Colombo, a lively main street, while Manarola has colorful boats, swimming holes, and caverns. Vernazza, surrounded by olive groves, has a vibrant nightlife scene. Monterossa’s gorgeous beach is bordered with resorts, while Corniglia is adorned with sloping vineyards.

With its well-preserved ancient city and medieval horse racing history, commonly known as Il Palio, Siena gives tourists a journey back into the Middle Ages in the heart of Tuscany. The historic core of Siena, once a prosperous city, is now one of the most popular destinations to visit in Italy, as it still has many of the period’s beautiful works of art and architecture.

The Piazza del Campo in Siena is recognised as one of Europe’s greatest Medieval squares. The Fountain of Joy, the Palazzio Pubblico, and the Mangia Tower are among the architectural gems in this fan-shaped plaza. The Duomo, a gorgeous black and white Italian Romanesque cathedral with exquisite elements such as marble floors, stained glass, sculptures, paintings, and carvings, is another of Siena’s architectural gems.

The city of Pisa, located along the Arno River in Tuscany’s northeastern region, still displays the remarkable vestiges of its previous glory days as a trade empire during the Middle Ages. While the Leaning Tower is a must-see, visiting this city solely to photograph its most famous structure is like simply seeing one tree and missing the entire forest. Pisa is far more than its famous Leaning Tower.

The Campo dei Miracoli, or Field of Miracles, surrounds the iconic monument and is one of Italy’s most beautiful squares. The Duomo Cathedral, Baptistry, and Camposanto Monument, all of which have marble elements, sculptures, frescoes, and historic treasures, are excellent specimens of Italian Renaissance architecture. Various businesses selling souvenirs and bakeries serving excellent biscotti may be found throughout the square. 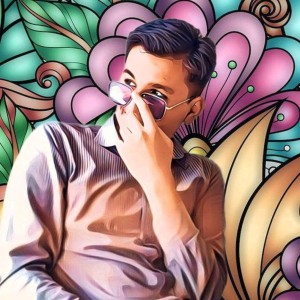 I'm passionate about providing what is lacking in your business.

How to stay calm in stressful situations?

JunaidZone.com is your news, entertainment, music fashion website. We provide you with the latest breaking news and videos straight from the entertainment industry.